Erika Strande-Stewart – We Heart Local BC

Back to Farmers
Erika Strande-Stewart 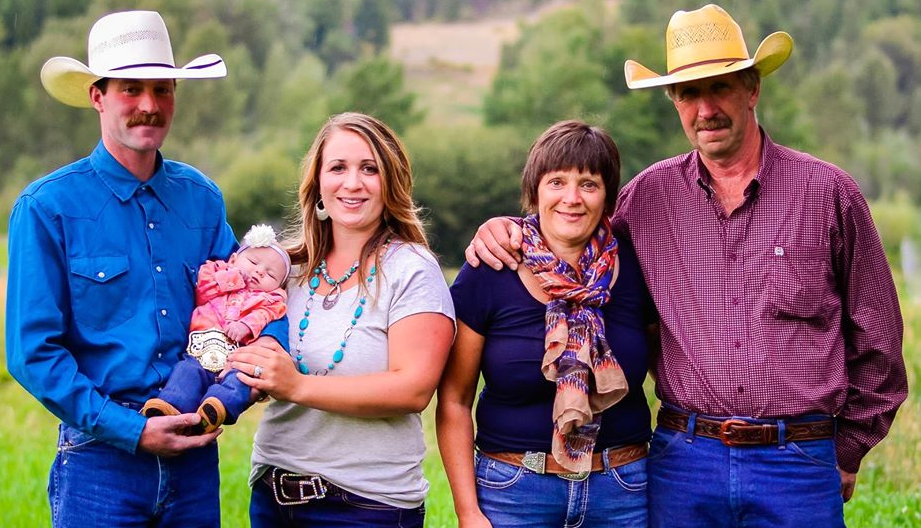 
Erika Strande-Stewart is a third-generation rancher who grew up on Pine Ranch near Merritt, B.C.  Erika attended the University of Alberta in Edmonton, and graduated with a degree in Education, with a minor in Agriculture.  After teaching for two years in Merritt, she made the decision to follow her true passion and return home to run the ranch alongside her parents, Bill Strande and Terry Strande and husband Cyle Stewart. The family ranch has a 250-cattle heard and has been in the family for over 50 years. Erika operates Heritage Mountain Meats, marketing her beef locally in the Nicola Valley and beyond.

Erika worked with the BC Cattlemen’s Association’s Behind the Beef program as a beef educator for three years, connecting with consumers about the beef industry in grocery stores Merritt and Kamloops.  As a beef educator, Erika also provided valuable beef industry education to culinary arts classes in the Greater Vancouver area through BCCA’s partnership with Ag in the Classroom’s Take a Bite of BC program.

In 2012-2013, Erika was chosen from many applicants across the country to participate in the Canadian Cattlemen’s Association’s (CCA) Cattlemen’s Young Leaders (CYL) program.  This program connects young ranchers with a mentor and helps develop skills for young cattle ranchers in their area of interest in the industry.  One of the outcomes of her CYL experience resulted in Erika and her mentor, Erika Fossen, to start a blog about ranching in B.C. called Life on a BC Cattle Ranch. After graduating from the CYL program, Erika joined a new initiative of the CCA, the Young Cattlemen’s Council, the objective of which is to develop young leaders in the cattle industry.  Erika was elected President of this Council for the first year of its mandate. Erika is a strong leader and advocate for the cattle industry in B.C. and across the country.

Erika and Cyle are currently expanding their own herd of cattle as well as starting their own family on the Strande family ranch.

Erika has now moved to Saskatchewan and continues to ranch with her family.