Dig deep: get to know BC’s potatoes! – We Heart Local BC

Surprising (and sweet!) facts about BC cherries 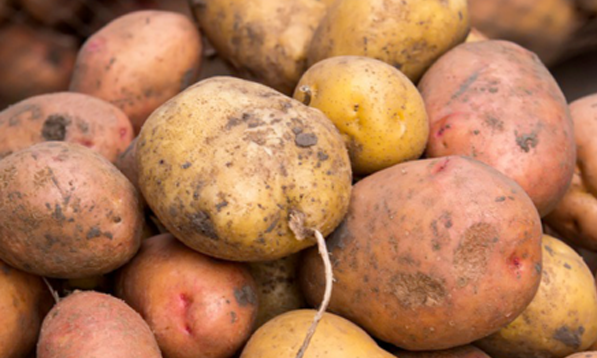 They’re nutritious, packed with flavour, and come in a rainbow of colours like red, orange, gold, white and deep blue. Get to know BC’s potatoes!

Potatoes are nutritional powerhouses: they contain more vitamin C than an orange, more fibre than an apple and more potassium than a banana... and you can find them right here in BC. To find out more about BC’s potatoes, we talked to Bill Zylmans - he’s a farmer from Richmond, BC, the owner of W&A Farms and a seed potato expert. He’s also the co-founder of BC Agriculture in the Classroom’s beloved Spuds In Tubs program. Bill told us about some of BC’s best-loved and little-known potato varieties, as well as what they’re best used for.

If you’re looking for flavour early in the season, Bill suggests “The Warba, also known as the nugget potato. It’s unique to British Columbia, it doesn’t get grown anywhere else in Canada or the US. That’s the first one that you’ll see at the farmer’s market, and the first ones you’ll see from commercial farmers starting in June.” These unique qualities are also why it’s the variety BC school children grow for the Spuds in Tubs program. An heirloom variety from the 1920’s, Warbas are flavourful early potatoes that are available from June till August.

For a unique red skin variety, Bill offers the Norland. “It comes in usually the middle of July to the end of August - and they’re great for potato salads where you’ll see them with the skin on, or, as my daughter loves them, as garlic-mashed red skin potatoes.”

For mid-season flavour, your best local bet is yellow-fleshed Yukon Gold. “Of all the varieties that I grow, the Yukon Gold is my most favourite.” says Bill. “You can roast it, you can bake it, you can boil it, you can mash it, you can french-fry it.” Its versatility is due to its flavour - as Bill once told TV’s Dr. Oz himself, it’s the potato with the butter in it. Another mid-season BC variety is the Satina, a yellow-fleshed potato similar to Yukon Gold, with a little red blush on their eye pieces.

every potato grown in BC has a unique flavour-stamp that’s all its own, depending on the region, climate and soil it’s been grown in

Kennebecs, come on the market closer to fall and are potatoes that store well. Bill says “It has a very thin white skin so you don’t have to peel it and it makes a very nice fresh-cut fry.” For this reason, locally-grown Kennebecs are used in restaurants all over BC - including White Spot.

September, October and onwards are when you’ll find Russets (commonly used for baked potatoes), assorted red potatoes and late season Yukon Golds: as Bill says, those are your winter keepers.

They’re nutritious, packed with flavour, and come in a rainbow of colours like red, orange, gold, white and deep blue. Get to know BC’s potatoes!