We Heart B.C. agriculture: Fall in love with where your favourite local foods come from – We Heart Local BC

We Heart B.C. agriculture: Fall in love with where your favourite local foods come from

5 ways to power up with local foods this year 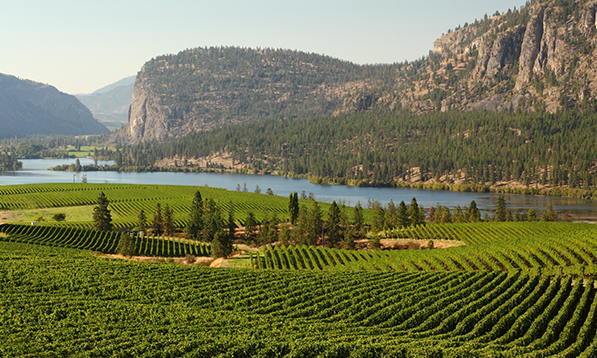 For Valentine’s Day, we’re writing an unabashed love letter to British Columbia. B.C.’s vast forests, fields and waterways produce a HUGE variety of local foods we enjoy - including over 200 agricultural commodities and 100 seafood species! Fall in love with where your favourite B.C. foods come from as you explore the different regions with our guide below.

Spread between the Rocky Mountains and the desert lies B.C.’s wine country: the Okanagan. Its mild climate is perfect for growing a variety of tree fruits. Over 5,400 farms in this region produce 93% of Canada’s cherry crop and 50% of Canada’s apple exports. It’s also home to 84% of the province’s vineyard acreage. It’s no surprise that this part of the province produces so many award-winning wines - perfect for pairing with your Valentine’s Day plans!

There are just 2,786 farms on Vancouver Island, but the region boasts about 30% of B.C.’s farmers’ markets. The varied ecosystems - from rainforests to lush meadows - together with the mild climate help crops like vegetables and fruit to flourish. Vancouver Island is also home to Canada’s only commercial rose growers! Local blooms are always a perfect gift for that special someone. 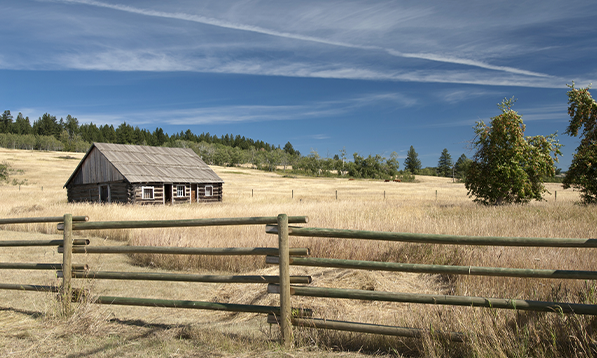 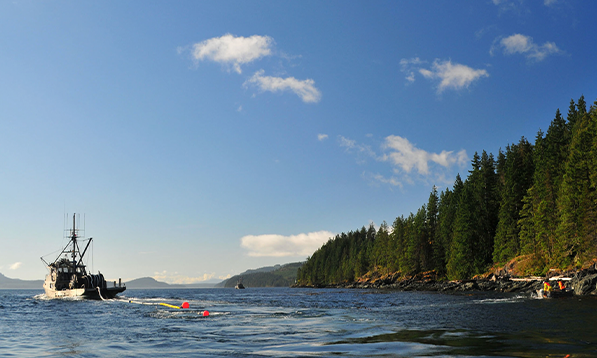 Peace River is one of BC’s largest regions, accounting for 30.7% of BC’s landmass and just 1.2% of its population. Its wide open spaces and prairie-style temperatures nourish 98% of BC’s canola crops, along with cattle, bison, sheep and horses. And there’s a sweet side-note to the Peace - it’s home to a million-dollar honey industry, thanks to the hardworking bees that help the canola crops. Why not use some B.C. honey and serve up these tasty Pear and Goat Cheese tartlets this Valentines Day?

The word Kootenay comes from the Ktunaxa word “Quthni” meaning “to travel by water”. The region’s abundant lakes and rivers support over 1,157 ranches and farms. Mountain ranges in the Kootenays provide summer grazing for cattle, as well as good soil for cereal crops and forage crops. Between the mountains, warmer valleys (notably the Creston Valley) produce fruit and vegetables for local folks to enjoy.

With plateaus and hills tumbling down to the rich Fraser river, this region is home to 779 cattle ranches, producing nearly a quarter of BC’s beef. The river soils along the Fraser support livestock with crops like alfalfa; as well as high-value field crops like canola and wheat. Want to cook your sweetie a tasty beef dish? Try this heart-warming Tuscan braised short rib recipe.

Flying over the Nechako river, you’ll see glaciers, rolling hills and plateaus nestled in between two dramatic mountain regions that reach up to the Yukon border. Although it is the second largest region, it is one of the least populated. Nechako is home to 747 farms which are mostly hay and cattle ranching, with some cereal and pulse production.

B.C.’s vast forests, fields and waterways produce a HUGE variety of local foods we enjoy and they're easy to find in your local grocery store.

Up on the border with Alaska, this region stretches over 12 million hectares, most of them rugged mountains and river valleys pouring into rich coastline. With a rich commercial fishing industry, B.C. salmon, herring, halibut, groundfish and shellfish all originate here. The 116 farms have a short growing season but the community shows their love for local through their commitment to strengthening the local food economy.

Technically BC’s smallest region, the Lower Mainland is a powerhouse for agriculture. Nestled along the fertile Fraser river, 5,400 farms in this area produce a large portion of BC’s dairy products, berries, vegetables, poultry, pork, and mushrooms. And with 5.5 million acres of sustainable greenhouse space, the Lower Mainland also produces tomatoes, cucumbers, and peppers nearly year-round. Throughout the growing season, it’s a pleasure to visit the many family-owned berry farms, and roadside farm stands filled with fresh produce.

Fall in love with BC’s local food offerings - delicious locally sourced foods are easy to find in your local grocery store! If you’re looking for ideas for a romantic way to enjoy Valentine’s together, why not check out our in-season recipes that you can make at home… oh and don’t forget to fill your glass with local too!