“Everything we do matters”: We interview beef rancher Erika Strande-Stewart 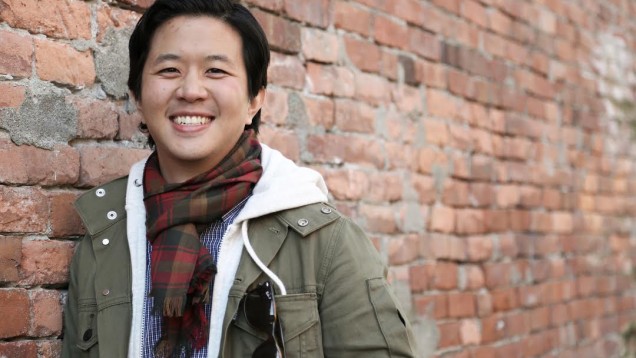 It’s beautiful, powerful, and it looks great on your fridge: but this pamphlet is only the beginning of what The Choi Project has to offer. By highlighting eco-friendly local sources for Asian leafy green vegetables, the hua foundation’s Choi Project helps BC families serve up traditional Chinese food with a modern twist. Besides their seasonal choi guide, they also cooperate with local businesses, and offer grandma-approved workshops that teach younger generations to cook traditional food sustainably. We talked to Chief of Operations and co-founder Kevin Huang about how he got involved with bringing sustainable, local greens back to our tables in BC.

We Heart Local: The hua foundation’s mission is to develop solutions and build movements for the Hua community (Chinese-Canadians) that strengthen connections with culture, heritage and environmental sustainability. You started with a successful seafood project called Shark Truth. How did the Choi Project come out of that?

Kevin Huang: Shark Truth engaged mainly Chinese-Canadians on not eating shark fin soup. (At the time,) we were seeing a lot of environmental messaging around “Chinese people are evil for destroying our oceans.” As individuals that identify with that culture it made us quite uncomfortable to the point that it was like “What do I do? Do I join them and denounce my own cultural background or is there a way that we could be a part of this conversation in a healthy way that empowers people of this identity to do something?” (After the success of Shark Truth,) that really informed our thinking about how we could participate in environmental and social movements. Chinese Canadians here in Vancouver make up about 21% of the population so, if we leave them out of the conversation, that’s one-fifth of the population being left out.

In terms of the cultural, heritage and environmental sustainability aspect, we moved from seafoods to something that was a little more controllable…which was choi. We really wanted to address how healthy food is a good narrative for activating people to start caring about their environment a little more. When you eat, it’s such a family, celebratorial thing to do – it’s sustenance, it’s life. So for us it’s a very good starting point to have that conversation.

WHL: How many different varieties of BC-grown green veggies are we talking about when we talk about choi?

KH: Choi is the Cantonese word for “vegetable”. It can be leafy greens, it can be any side dish as well. In terms of The Choi Project, we’re talking about maybe a dozen various types of Chinese vegetables, so it’s a very loose definition that we’re using for various types of leafy greens.

WHL: The Seasonal Choi Guide you produce is free, available in multiple dialects and features beautiful watercolours by local artist Janice Wu. How do you hope people will use this beautiful pamphlet in BC’s Lower Mainland?

KH: We put a lot of emphasis on usability and aesthetics because we want people to put it on their fridge door and we wanted to make sure that it’s very usable. We have Chinese holidays highlighted in the guide to show you that even during the holidays you can actually eat local too. The main point of The Choi Guide is to showcase the wide variety of vegetables that can be grown locally, and to let Chinese people know that you can actually eat the diet that you grew up on, locally.

WHL: Tell us about the cooking workshops you recently launched: what’s been the response to teaching younger generations in BC to prepare traditional Chinese dishes that are healthy and locally sourced?

KH: The response has been great. The dumpling workshop has been in really high demand. A couple of weeks ago we actually worked with Strathcona Elementary School – grade threes – to teach them how to make dumplings. (Laughs) There was a kid making a burrito out of dumpling filling and dough. But the point is making sure they have fun, teaching them where their food comes from, getting their hands dirty, helping them understand that what’s grown locally can be delicious and that it can also be great to try other cultural foods.

After you use The Choi Guide during your next shopping trip, try your hand at this recipe for Sunset Cabbage that Kevin shared with us. In addition to what they already offer, the Choi Project plans to launch workshops to encourage everyone to grow their own vegetables. If you’d like to find out more about their future plans, their ongoing research, or you’d like to donate to their kitchen!) visit them at the hua foundation.