Peace River – We Heart Local BC 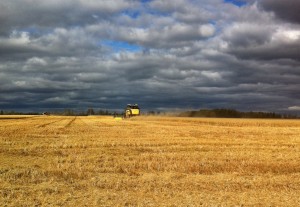 In the north east of the province lies the Peace River region – BC’s largest area that includes 31% of the province’s farmland*. Long daylight hours make for an awfully short growing season. Mountains in the south and west surround the generally flat prairie-like lands in the north and east.

This climate and landscape make the region suitable for over 1,300 farmers to produce forage crops, dairy and beef cattle, and more increasingly potatoes, rutabagas, carrots, beets, cabbage, lettuce, peas, and even some tomatoes and sweet corn. The abundant land is ripe for producing 73% of the province’s field crops, such as wheat, barley, and canola*.

The region also features a sweet tasting, honey industry comprised of 5% of the province’s honeybees*. 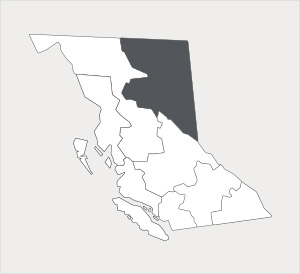