Steve Brown – We Heart Local BC

Back to Farmers
Steve Brown 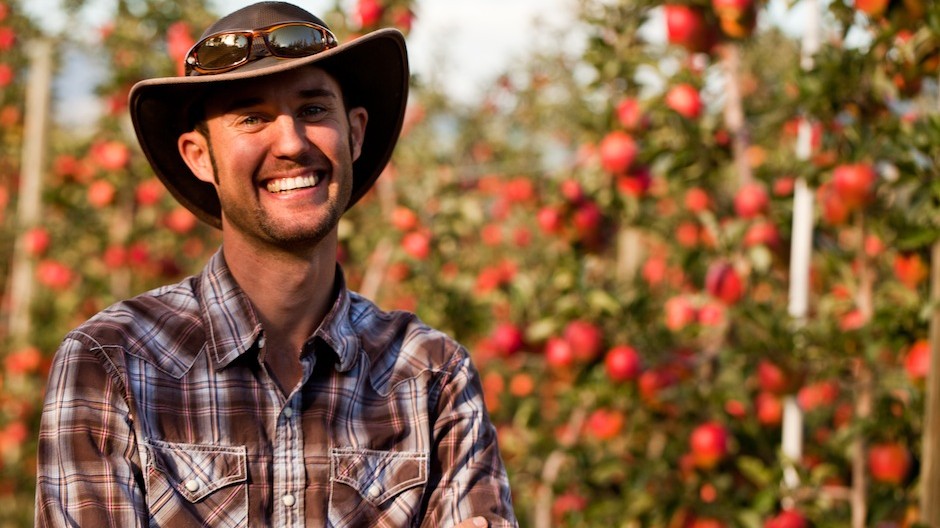 
Steve Brown and his wife Amanda own and operate Happy Valley Harvest in Summerland, BC, where they grow cherries and a variety of apples such as gala, fuji, ambrosia, and pink lady. Steve and Amanda have many other roles besides owning and growing an orchard. Amanda is a realtor and Steve is a horticultural consultant, in addition to being parents of three little girls. Steve and his family settled on this breathtakingly beautiful acreage when his father purchased the land back in 2000. It’s important to the Brown family to know where their food comes from, so that summer Steve and his father cut down the old trees and re-planted high density apple and cherry trees by hand – which now line their 15 acres of rolling hills that have views of Lake Okanagan below.

But before Steve became an Okanagan Tree Fruit Grower he was a North Vancouver boy who knew early on that he had a liking for horticulture. He would help his father plant things their backyard and loved to watch the garden grow. When taking business at BCIT, it was then that he realized that sitting at a desk wasn’t for him, and he made the transition into the horticulture industry. He came to realize how much he loved the farm life just by being in the outdoors and working the land. “What you put into it is what you get out of it”, he says. “It’s overseeing the whole operation that feels so rewarding”.