Kloot Family – We Heart Local BC

Back to Farmers
Kloot Family 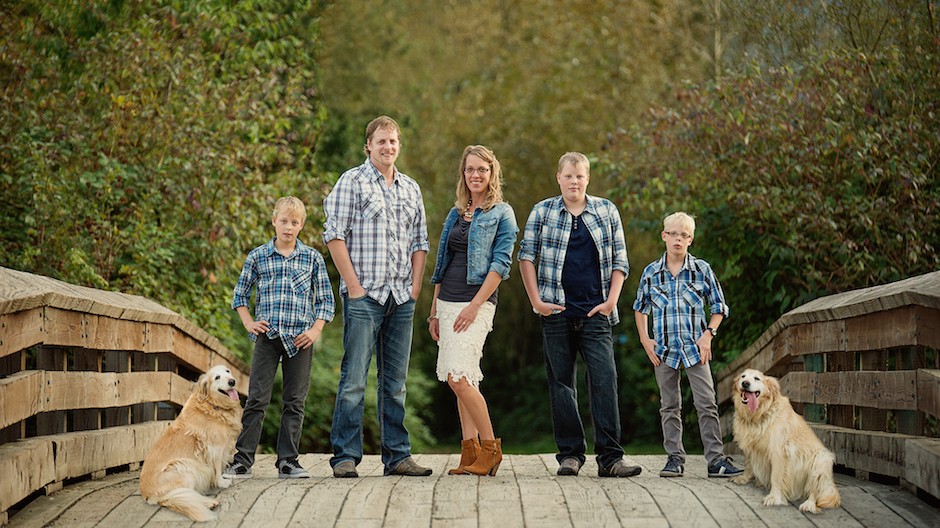 
Chris Kloot is a proud and passionate BC chicken farmer. He is, however, not alone on the job. His wife Nella and their three sons, Steve, Justin and Colin help him keep the farm in check. And beyond the Kloot chicken coop, they’re joined by the company of two faithful Golden Retrievers, some sheep, and donkeys.

Situated in Rosedale, BC, he loves their choice of lifestyle, “I don’t think you can get a better quality of life, there is so much room for our boys to grow, explore and play,” says Chris. Chris was born and raised on a dairy farm, and staying true to his farming heritage purchased broiler quota with his wife in 2009 ­— a choice Chris says was the best thing for his family. This move has allowed Chris to continue full time with real estate, yet also gave him the opportunity to farm as a family, “We work as a team doing checks on the barn throughout the day. It’s a family run and very clean, through operation”.

Chris is passionate about farming and even tried his hands at acting on the BC Chicken Marketing Board’s ‘Chicken Squad’ campaign. This spoof piece informs consumers that BC chicken has been hormone and steroid free since 1963 and is of the highest quality.

Chris is heavily committed to his community, serving on various committees and political pursuits. Most recently, he’s been elected to serve as a city councillor in Chilliwack in 2014 for a four-year term. But, above all he says, “We are proud to be BC chicken growers”.