James Krahn – We Heart Local BC

Back to Farmers
James Krahn 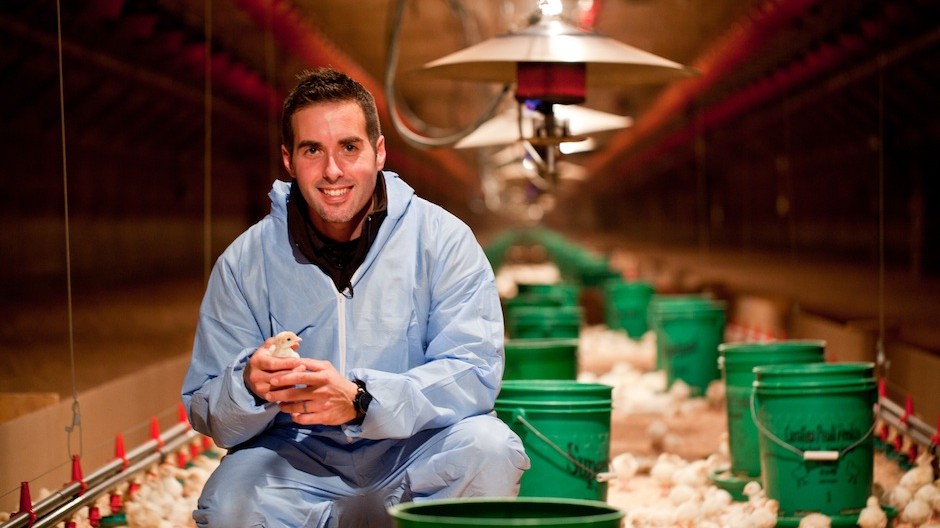 
James Krahn is a third generation farmer from Abbotsford, British Columbia, where he was born and raised.  At a young age, he started working on the farm that was founded by his Grandfather in the 1950’s.  The farm, which is currently owned by his Father and Uncle, started as a turkey farm and expanded over the years to multiple locations and now include turkey, layer, and broiler production.   After many years of working in the barns and gaining more knowledge about the birds and the industry, James took over the responsibility of Operations Manager for Paragon Farms.   In 2011, James was elected as a Director on the British Columbia Turkey Association, where he appreciates the chance to learn more about the industry and to try to help sustain it.

James enjoys the farming lifestyle, living on the family turkey farm in Abbotsford with his wife and two children.  Him and his two brothers have always shared a common vision of seeing the farms continue to flourish and be family owned and operated in the future.

James is very proud of the way they have evolved over the years to meet the growing market demand, while remaining focused on the health and welfare of their flocks.  James says, “We strive to provide the British Columbian market with the highest quality poultry products, and we do so with a dedicated team who are proud to provide the local consumer with the freshest product that has been raised by the highest of standards.”